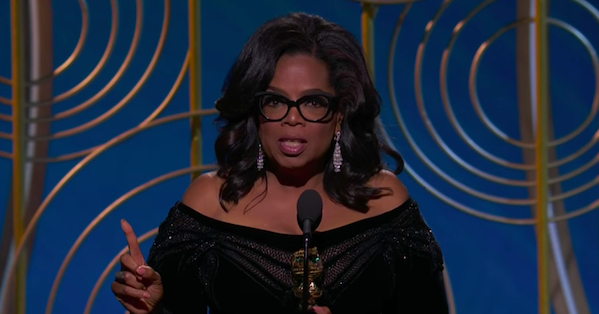 After garnering a Golden Globes Lifetime Achievement Award, Miz Winfrey gave a passionate speech (or was it an audition for her new role in life?) about being the first African-American woman to win the (Hollywood) coveted award.

Oprah waxed poetic and melodramatic. One would have thought she was Harriet Tubman, precariously navigating the underground railroad to bring slaves to safety.

Oh how The Left cheered Ms. O! Why she was everything they could hope for in a presidential 2020 candidate: a woman, black, adept at camera angles, comfortable in crowds, and able to bring a nation of adoring women to sympathetic tears in the span of minutes!

It was Barack Obama, the Obamessiah, with curves and a more complete resume!

The rumors, aided by The Left’s communication arm — AKA Mainstream Media — spread faster than a California wildfire fueled by the Santa Ana winds: surely Billionaire Oprah would run for president and save the Republic (which of course Lefties want to become the Peoples’ Democratic Republic of the Americas in the tradition of all other Commie countries) from Billionaire Donald Trump and his #MAGA deplorables!

Yes! Even Bernie’s followers would acquiesce and convert to Winfrey worship!

Of course, Megastar Oprah has denied any presidential aspirations barring a sign from God Almighty. Which is really interesting since Oprah calls herself spiritual, but says there are “millions of ways” to get to “God” or “the Light” or whatever that “enlightened thingy” is.

Hmmm. I won’t speak for God. But I will speak for myself and I hope every patriot joins me!!! 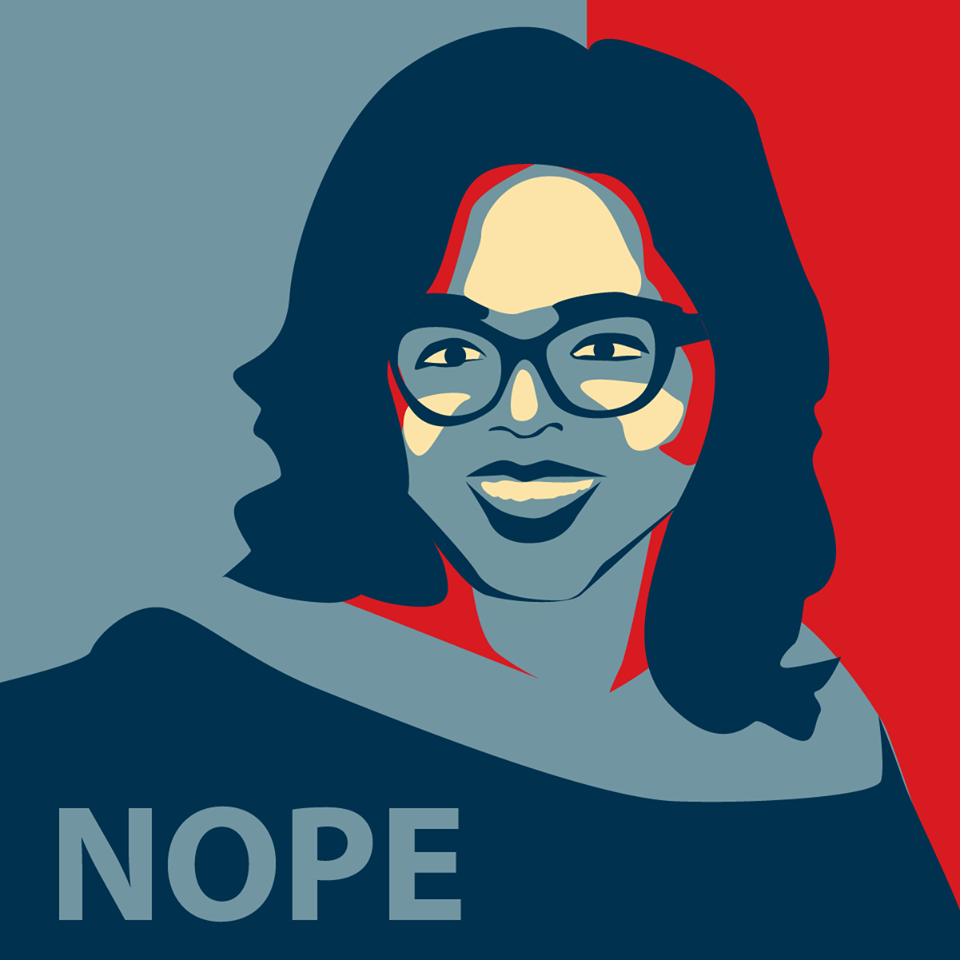