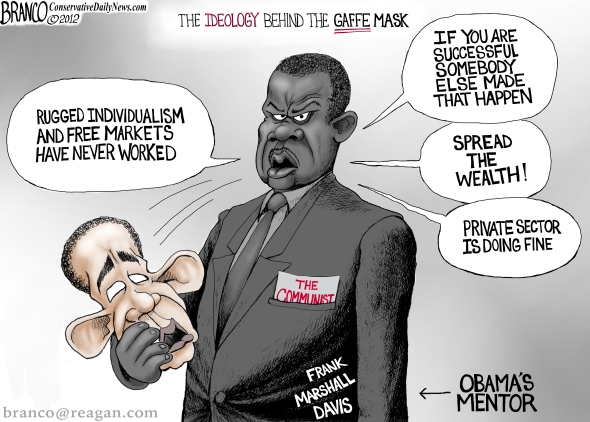 Antonio F. Branco was born in 1956 in Fort Bragg, California, and raised in a small California logging town (in the Mendocino county) called Point Arena. He joined the US Army MP Corps in 1975 and was honorably discharged in 1978.

Branco attended Woodland Hills college briefly before moving to the Northwest. His beginnings in cartooning came while working at a sawmill in Sedro-Woolley Washington.

His ability to frame life in picture created a humorous environment, depicting his bosses and coworkers in exaggerated, but realistic scenarios. Signing “Guess who” kept the cartoons a mystery.

Following the yearnings of entrepreneurship, he decided to take his creations to the next level in the formation of A.F. Branco Designs. His political passion would be displayed on t-shirts and hats.

Other projects he was involved in were musical. His band Tony and the Tigers, played at gigs all over the Pacific Northwest. 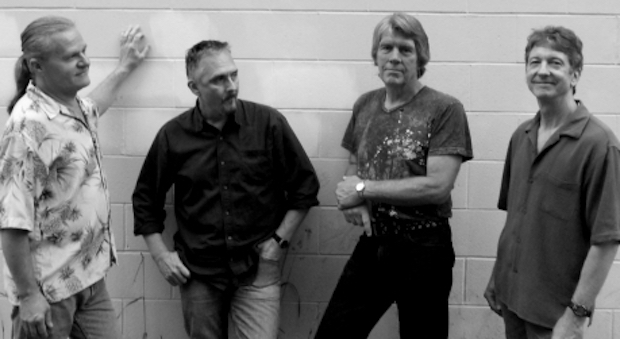 Tony and the Tigers Band

Flash Forward to today, A.F. Branco has taken his two greatest passions, (art and politics) and translated them into the cartoons that have been seen all over the country, in various news outlets including “Fox News” and “The Washington Post.” He has been recognized by such personalities as James Woods, Sarah Palin, Larry Elder, Lars Larson, and even the great El Rushbo.

Political cartoonist extraordinaire, A.F.Branco, has joined the team at Klicked.com. Consequently, readers will now be able to enjoy his razor-sharp political humor on a regular basis. Are you concerned about the people who President Obama views as his mentors? If so, picture this. An angry looking Frank Marshall Davis is seen spouting his well-known, threadbare communist diatribes (e.g. spread the wealth, if you are success somebody else made that happen, the private sector is doing fine). In his hands he holds a mask of Barack Obama which he has just taken off. The caption reads: “The ideology behind the gaffe mask.” Priceless satire.

With this brilliantly executed political cartoon, Branco proved that a picture can indeed be worth a thousand words. In fact, with an artfully crafted caricature and a context that is nothing short of creative genius, Branco made a statement more powerful than my fellow authors and I have been able to make in our lengthy columns on this subject. Only the best political cartoonists are able to do this, and Branco is one of the best. Even as I write this column, his fan base is spreading. His cartoons have already gained an international audience. His popular appeal among conservatives recently led to an interview on FOX News.

Branco describes himself as “somewhere between the Far Side and the right side of every issue.” He sits at his desk daily crafting comically and politically-incorrect cartoons that say with humorous satire what conservatives really think, but lack the opportunity to say to a broad audience. After years of listening to the squeaky wheel of the left advancing the cause of radicalism, Branco decided to use the power of his bully palette to advance the conservative movement. Conservatives worldwide can be glad he did. According to Branco, “The art and humor of political cartoons has since the dawn of the Republic been a way to sway those who might not otherwise be persuaded.”

“Branco is a surgeon and his pen is his scalpel, an instrument he wields with laser-like precision in cutting through the philosophical morass of liberal orthodoxy.”

As a political cartoonist, Branco joins a long line of notables who have used humorous satire to drive in the nail without breaking the board on political issues. There is something about the human psyche that makes humor an effective means—often the most effective means—of making a point, revealing political hypocrisy, or pointing out falsehoods. The most famous political cartoonist of them all, Thomas Nast, helped bring down the corrupt Boss Tweed organization that had long controlled and manipulated New York politics. His razor-sharp satire and ability to create contextual allusions turned out to be more powerful than even the once all-powerful Boss Tweed. But even before there was Thomas Nast, there was Benjamin Franklin, America’s first political cartoonist. Franklin’s “Join or Die” cartoon in which the severed parts of a snake depict the original colonies is widely acknowledged as the first political cartoon in America.

First there was Franklin. Then there was Nast. Now there is Branco. A.F. Branco is the latest rising star in a long line of political cartoonists, and his work already surpasses some of the giants in the business. I encourage readers to enjoy his creative and humorous satire and to spread the word that Branco. At long last we have a conservative political cartoonist whose sharp mind, able pen, and incisive wit counteract the destructive falsehoods, distortions, and manipulation of the left-leaning mainstream media. Branco is a surgeon and his pen is his scalpel, an instrument he wields with laser-like precision in cutting through the philosophical morass of liberal orthodoxy.