The Pope, a Grizzly Bear, Republicans and Democrats in Alaska 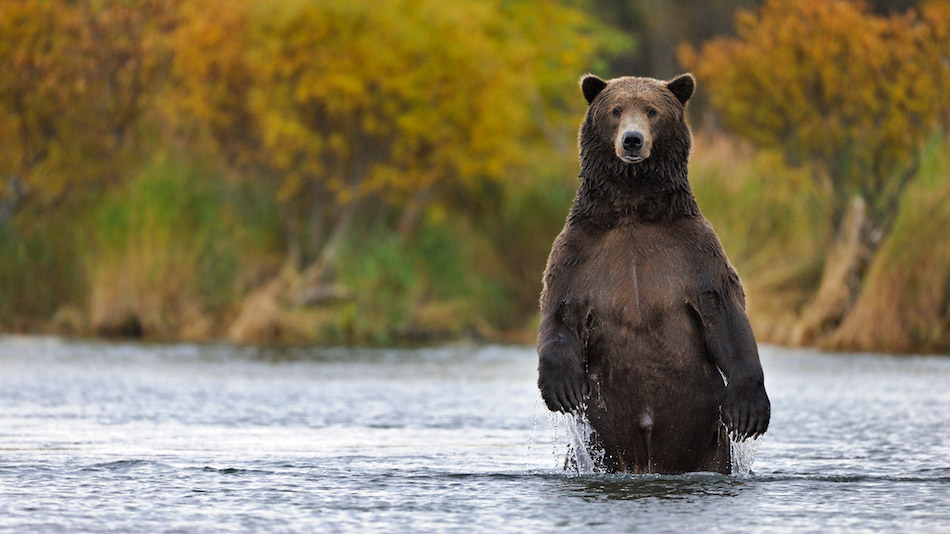 The Pope went on vacation for a few days to visit the rugged mountains of Alaska.

He was driving along near a campground when he heard a frantic commotion just at the edge of the woods.

He found a helpless Democrat wearing shorts, sandals, a ‘Vote for Hillary’ hat and a ‘Save the Trees’ shirt.

The man was screaming and struggling frantically, thrashing all about trying to free himself from the grasp of a 10-foot grizzly bear.

As the Pope watched in horror, a group of Republican loggers wearing Go Trump shirts came racing up.

One quickly fired a .44 magnum slug right into the bear’s chest.

The two other men pulled the semiconscious Democrat from the bear’s grasp.

Then using baseball bats, the three loggers finished off the bear.

Two of the men dragged the dead grizzly onto the bed of their pickup truck while the other tenderly placed the injured Democrat in the back seat.

As they began to leave, the Pope summoned all of them over to him. “I give you my blessing for your brave actions!” he proudly proclaimed.

“I have heard there was bitter hatred between Republican loggers and Democratic environmental activists, but now I’ve seen with my own eyes that this
is not true.

As the Pope drove off, one logger asked his buddies, “Who was that guy?

“Dude, that was the Pope,” another replied. “He’s in direct contact with Heaven and has access to all wisdom.”

“Well,” the logger said, “he may have access to all wisdom, but he don’t know squat about bear hunting. By the way, is the bait still alive or do we need to go back to California and get another one?”