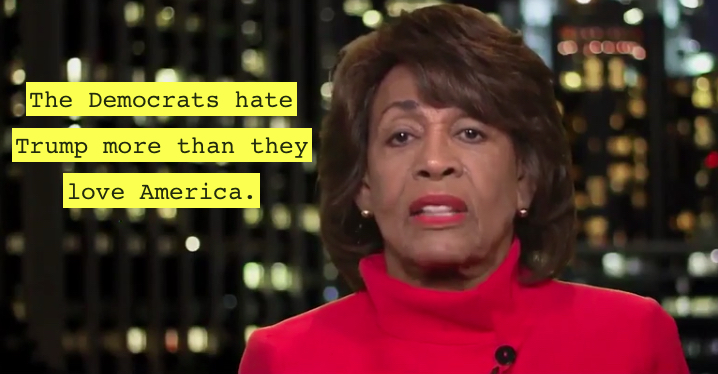 The Left has been crying and whining since the election. They called good Americans “Deplorables.” They staged a sit in to protest gun violence, and simply looked like a bunch of petulant children in dire need of a whoopin’.

Maxine Waters screams incessantly (and usually on MSNBC, that wholly ‘impartial and objective’ channel…not) “Impeach him!”

Many of the Dems boycotted the inauguration in January 2017.

And these Dems boycotted President Trump’s first State of the Union:

The Democrats that actually attended sat there grimacing and pouting, once again looking like petulant, spoiled brats. The Congressional Black Caucus attempted to “resist” by wearing “kente cloth” in protest to Trump’s s-hole countries comment. For the most part, the Dems sat on their hands rather than applaud the low African American unemployment, low Hispanic unemployment, and high rate of economic growth in America.

What The Left is broadcasting loud and clear is a hatred of Trump that supersedes any other emotion or motive — including love for America and Americans.