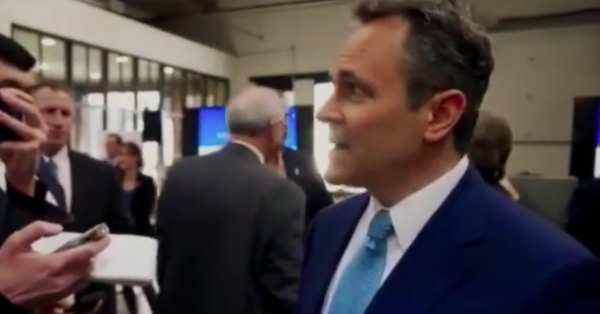 The Second Amendment nearly wasn’t part of our U.S. Constitution. During the Constitutional Convention there were many who thought it unnecessary to include a right to keep and bear arms. After all, they’d just secured their independence from the tyranny of King George in large part thanks to an armed populace.

Firearms played a huge part in winning the Revolutionary war. And it was not merely the army or the militia, but also normal citizens, farmers and teachers and others who were willing to lay down their lives, who took up their rifles and muskets and fought.

Thankfully the Bill of Rights, which includes the Second Amendment, was added and for good reason — because of the presence of ever-threatening tyranny in the world.

Firearms have been an integral part of, not only our military, that’s a given, but of our every day lives since this nation’s inception.

The early settlers and the Founders expected folks to have firearms for hunting to provide food, for home defense — to protect property and loved ones, and lastly, as defense against any future menacing tyranny.

My dad attended Iowa State University in the late 50’s and remembers falls in the dorms. Every dorm room of fellow male students that he visited had at least one rifle loaded and ready to go for hunting on the weekends. No one ever shot a person with their rifles, in spite of the plethora of weapons and ammo readily available.

I attended Bend Senior High School (in Bend, Oregon, high desert country east of the Cascades) in the mid-70’s.

And during the fall (hunting season) you could most certainly see the parking lot full of pickup trucks with gun racks FULL of LOADED rifles. Yet no one EVER shot a person.

There have been many times in the history of the United States when more people were armed, and yet mass shootings did not take place.

What is the difference? Why is this happening?

Only an utter imbecile would blame the guns or the magazines. (Hear that Dianne Feinstein?)

One hundred years ago, and even fifty years ago, we had more guns per capita than we do now. It’s not a gun problem.

Guns in these instances have been involved. Clearly, guns have often been involved when people have lost their lives. But the reality is, it’s not a gun problem. It’s not having too many guns — there used to be more guns per person in America than there are now, but children did not go to school to kill other children.

When I was a kid, especially after Christmas, people brought their guns to school. Friends who got a new .22, a new shotgun, you’d come to school and show it to your friends. It was supposed to stay outside in your truck which may or may not have been locked. But kids would bring them on the buses. Sometimes they would be in kids’ lockers. Nobody ever thought about shooting other people with them.

So it’s not a gun problem.

What I would say to those for whom that is the solution — get a new idea! Because that is not the solution!

It is a cultural problem.

Gov. Bevin’s entire answer was fantastic and we should all be replicating that at every opportunity.