Hey! What If We Entered Mexico Illegally and Made Demands? 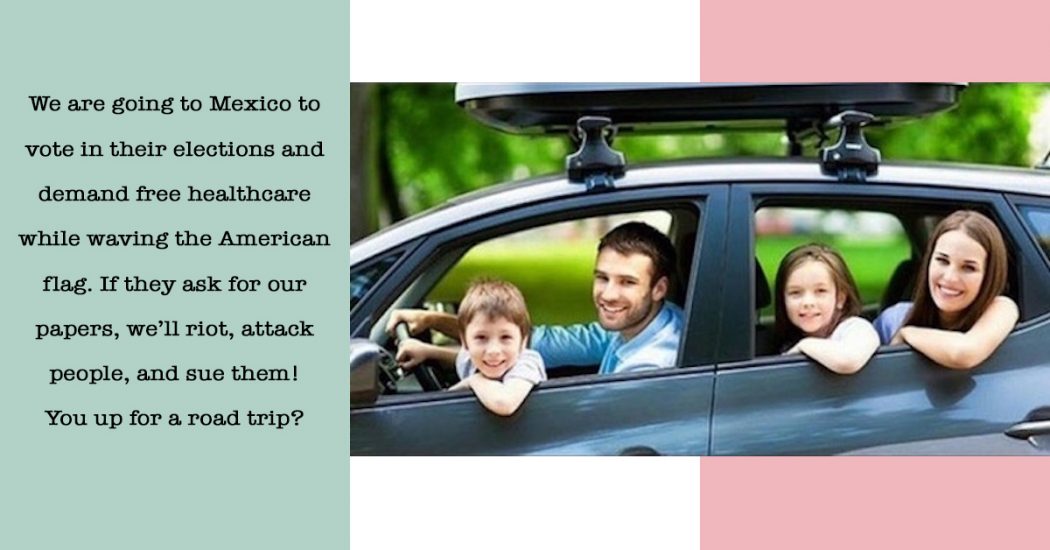 “South of the border, down Mexico way. That’s where I fell in love when stars came out to play.” Well, so says the old 1939 classic song, written for the movie of the same name by Jimmy Kennedy and Michael Carr.

The country south of our border was a bit romanticized in those old movies, but these days there’s nothing romantic about the flood of illegals making their way to the promised land of Estados Unidos. Obama waived the green flag and told the Dreamers to come on in, and come on in they did. In droves.

The Left figured since they weren’t having enough babies to replace and enlarge the Democrat electorate, why they would just import them. And what’s a few laws broken here and there if it means Democrats accrue and maintain power?

The real irony is that Mexico has some pretty darn stringent demands of any foreigners coming to THEIR country.

In brief, the Mexican Constitution states that:

Isn’t that interesting? We know how Mexico treated USMC Sgt. Andrew Tahmooressi when he took a wrong lane south of San Diego and ended up in Mexico: they “welcomed” him and even put him up free of charge in the dirty old hoosegow for 214 days. Fun times.

But Socialists aka Progressives call conservatives “haters” because they don’t cotton to the idea of people coming to our country illegally, getting loads of free stuff including healthcare, and then rioting and protesting our laws in our country.

By definition that is insanity. That is wrong as wrong can be.

Coyotes get people into our country and hand them of to the bleeding heart liberals to esconce them on the Democrat plantation. The illegals don’t know English, but in the famous words of Bill Murray in Stripes, they know who’s their buddy, who’s their pal.”

Well this meme is terrific. And it’s terrific because without doubt if we tried to take a road trip like that, we would be the next tenants in Sgt. Andrew Tahmooressi “s-hole” jail cell, rooming with the dirt and iguanas.

Just try driving a prego woman to Mexico and taking her to the nearest hospital to give birth. Tell “los doctores y las enfermeras” that the new mom wants the full meal deal and for her baby to be Mexican.

The Mexican constitution states that foreigners may be expelled for any reason and without due process.

The Mexican constitution guarantees that immigrants will never be treated as real Mexican citizens, even if they are legally naturalized. Article 32 bans foreigners, immigrants, and even naturalized citizens of Mexico from serving as military officers, Mexican-flagged ship and airline crew, and chiefs of seaports and airports.

So the next time some Mexican flag-waving illegal riots and demands “rights,” why we should just remind them of the rights they have in their own country and bid them adios! ¡Vaya con Dios! ¡Ándale, ándale!

It’s about time America guarded and maintained her border AND built the wall. Heck yea!

About the road trip? Nah. We have better scenery and water here in the U.S. of A.

Hillary Snaps Selfie With Boy She Thought Was A Fan, It Went VIRAL After People Saw THIS
America's Freedom Fighters