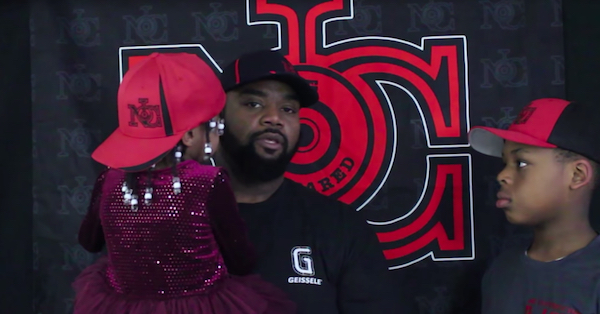 I’m sorry, but I could not watch more than five minutes of the “March for Our Lives” this weekend. Kids marching just because.

Wouldn’t you just love to sit any of those poor, uneducated teens down and grill them on the Constitution and, in particular, the Second Amendment?

For the most part, these young marchers have received a Progressive education, replete with revisionist history and gender experimentation, and devoid actual reading, writing, mathematics, history, and science. And heaven forbid they study the United States Constitution!

Seeing the numbers of teens marching on Saturday, almost none of whom could give intelligent answers when queried by on the scene reporters, was a living indictment of government schools. No wonder millions of concerned parents have opted for homeschooling!

Can we just please ship those kids to Venezuela for a couple years? Let them live under socialism?

Or perhaps a year abroad in England in one of the Muslim controlled areas?

England passed The Firearm Act in 1997, effectively banning private ownership of guns. And what was the result?

As of 2009, twelve years after The Firearm Act was passed and Britain was effectively purged of guns, that very country was THE most violent country in Europe!

What these anti-gun dolts are accomplishing is enabling criminals and creating a sitting duck populace: they might as well hand every law abiding citizen of the UK a t-shirt with a bullseye on the back.

And what the gun-grabbing, history-ignorant numbskulls are NOT doing is they are NOT getting to the heart of the matter: evil in the heart of man. And by man, lest some rabid feminist starts convulsing, I mean the classic sense of the word, as in “mankind.”

Kevin Dixon, “the owner-operator of ‘No Other Choice Firearms Training’ (NOC) and the Founder of ‘Aiming For The Truth,’ a 6-spoked approach to healing broken families and strengthening the community bonds of neighbors,” created a video quickly as a response to the March for Our Lives nonsense.

I have spent the majority of my adult life in Saint Louis, MO or surrounding areas; although I grew up on the city’s North side.  My upbringing was, unfortunately, the typical story that is told far too much: raised in an impoverished neighborhood, single mother, absent Father, and over-exposure to criminal elements and subsequent violence.

I navigated through my environment and decided to make a choice to be productive and contrary to my immediate atmosphere. I joined the Saint Louis Police Department at the age of 21 as a Prisoner Processor and was “properly” introduced to firearms.  I decided to take my love for firearms and people and combine them, thus was born NOC Firearms Training.

My friend, former (lethal) SEAL and owner of Trident Concepts LLC (which “provides clients with a full spectrum of weapons and tactics training necessary to address the challenging needs of modern warfare and personal defense”), Jeff Gonzales, shared Kevin’s video on Instagram and it was so fantastic, I knew I had to share as well.

Consider that Dixon has two young children who already know more about guns and gun safety than those thousands of marching Tide Pod eaters!

Kevin explains the video in light of the march:

Its funny how playing identity politics works. For weeks several of us have been stating the obvious; that media doesn’t care about anyone who doesn’t drive their ratings. Once again they don’t disappoint.

The march featured all types of people speaking and sharing their feelings. Although you attempted to have some “token” faces to appear you still missed the other side of the coin. My family, or one similar, did not get a voice. Where is our story? I will just share it here.