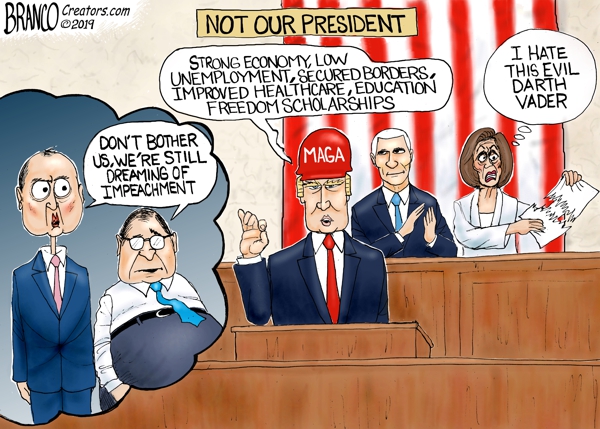 The better President Trump does the worse he’s hated by the left, it’s called Trump-derangement-syndrome. Political cartoon by A.F. Branco ©2020.