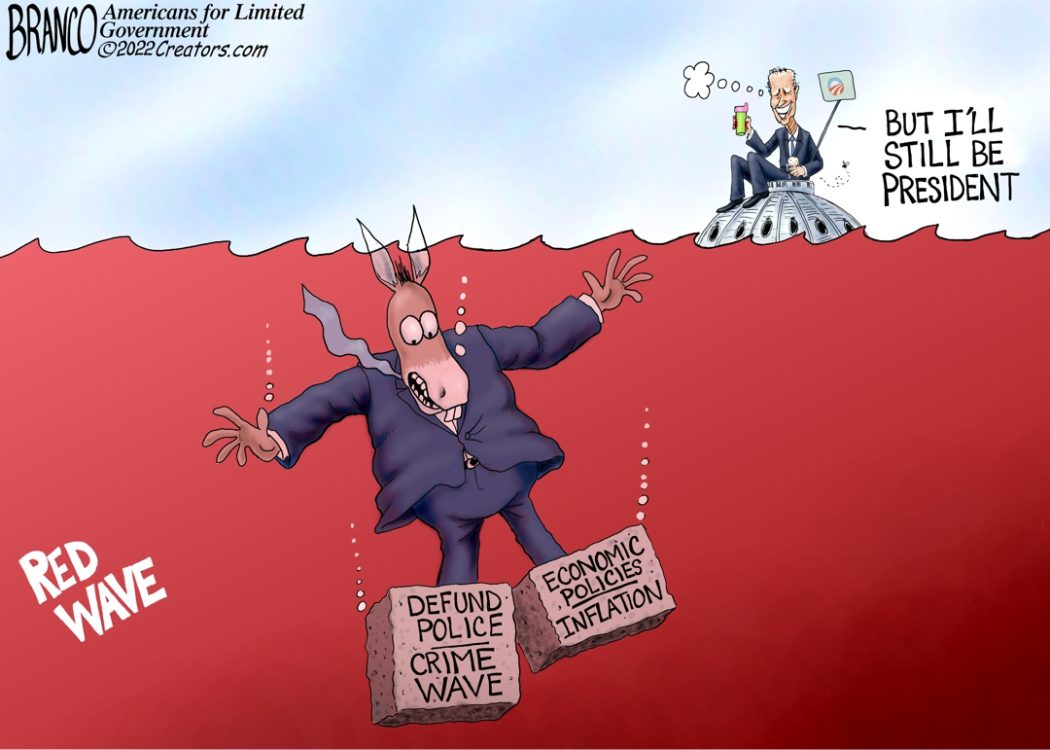 Even the New York Times and many on the left are predicting a Red Wave this November 8th election 2022. political cartoon by A.F. Branco ©2022.

A.F. Branco has taken his two greatest passions, (art and politics) and translated them into cartoons that have been popular all over the country, in various news outlets including “Fox News”, MSNBC, CBS, ABC, and “The Washington Post.” He has been recognized by such personalities as Dinesh D’Souza, James Woods, Sarah Palin, Larry Elder, Lars Larson, Rush Limbaugh, and President Donald Trump.

Iran Has A Hissy Fit At World Cup
The Lid