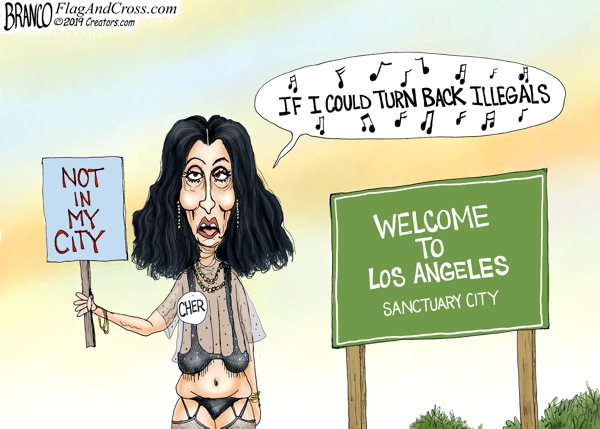 Cher was a big supporter of sanctuary cities and illegal immigration until the idea of locating those immigrants in her own town became a real possibility. Political cartoon by A.F. Branco ©2019.