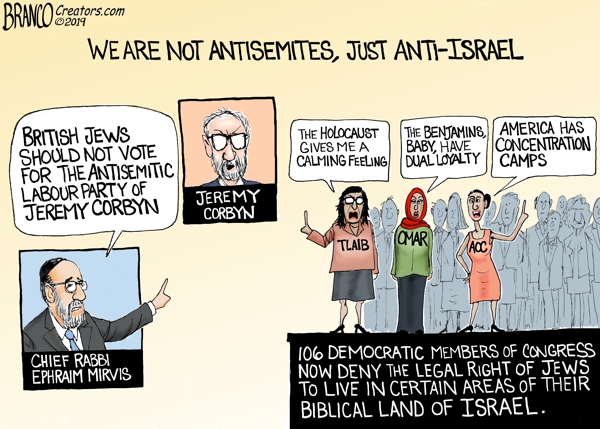 Vile Antisemites such as Corbyn, Omar, and Tlaib always claim they are only anti-Israel. Sooner or later they can no longer hide the truth. Political cartoon by A.F. Branco ©2019.