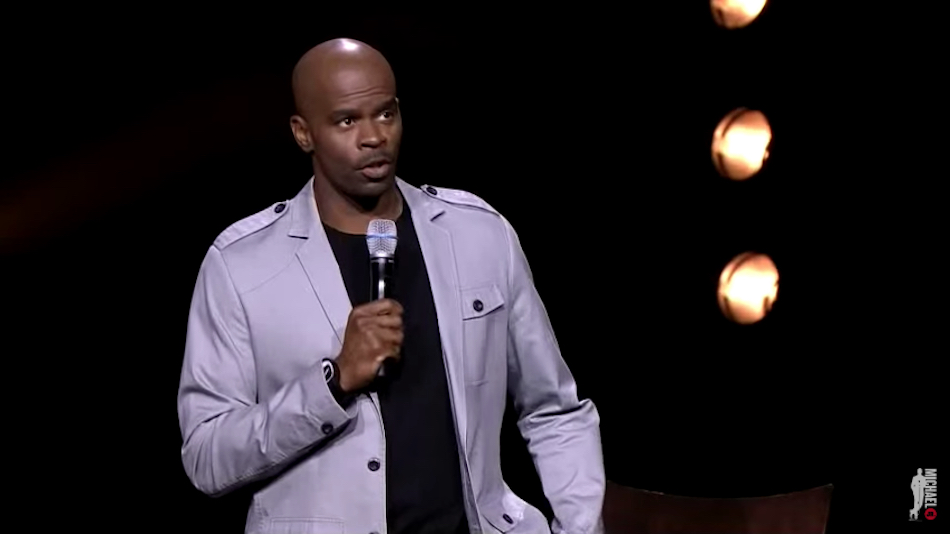 My church brought Michael Jr. in for an evening of comedy about one and a half years ago. I had seen short videos Michael had done, but this was the first long form.

Michael Jr. had the whole building (about 1,500 people) roaring with laughter. Good clean humor really can be the funniest humor: there is nothing in it to leave a bad taste or take away from the “funny factor.”

The following video is from another church appearance, but many of the jokes are the same, and just as funny the second time. So watch a few minutes at a time, or sit down with the whole family and play it on your smart TV.

But here’s a hint: be cautious when drinking beverages during the whole show. Spitting and choking may take place!

“When you’re poor, your creativity excels. Like it really, really excels. I remember I wanted an action figure when I was ten years old. I wanted an action figure SO bad! My birthday came along. My dad hands me a box. I open it up and it’s empty. He said, ‘it’s invisible man.’ I was like ‘THAT IS AWESOME!’ I played with that thing for like three weeks. Until my brother hid it from me.”

“One time I get to church, seven years old. There’s a dead body in the front. It’s a funeral. Nobody explains that to a seven year old Michael Jr. I’m thinking that’s how they roll. Like every three weeks or so they bring a dead body in as an example or something. And the dude on stage yells at everybody like they’re the ones that did it. I remember asking my grandma. I’m looking for some explanation, ‘Grandma, what happened to the man in the box? What happened to the man in the box?’ Her whole explanation was, “He in a better place.’ I’m like, ‘What kind of a box did he live in before?’ “