The Progressives Love Using Teens to Do the Gun Grabbing 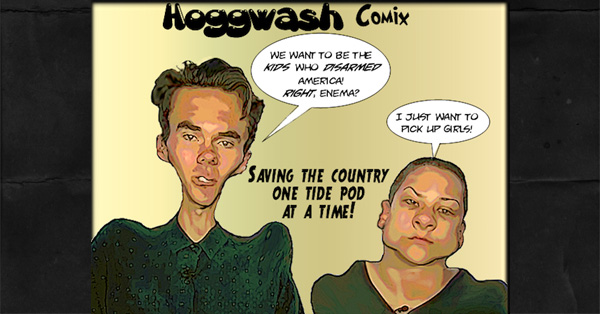 We’ve all seen the teenagers after the horrible shooting in Parkland Florida. Our hearts break: that shooting was premeditated evil. Absolutely wrong.

But then those teens, still grieving, are being used as shills by the Lefty gun-grabbers whose ultimate goal is disarming the American people so the Enlightened Elitists can control the unwashed masses.

These very Second Amendment haters have no problem when innocent babies are killed day after day via excruciatingly painful abortion procedures. But let a deranged person with a rifle kills kids and it’s time to overhaul the Constitution.

Isn’t it interesting that the same radical Lefties who pushed and finagled their way before the Supreme Court with Roe v. Wade, arguing that the right to privacy included the right to kill one’s unborn baby. They triumphed as the U.S. Supreme Court  voted to strike down the Texas law which held abortion, for any reason other than rape or incest, to be illegal.

And voilà! The Burger Court found in favor of Jane Doe, creating a right to kill the unborn out of fairy dust. Or something. Because it sure as heck was not precedence and the Constitution.

Now those Lefties want to take a real right out of the Constitution that allows for the protection of life and liberty. And they have the perfect foils for their actions in the grief-stricken Florida teenagers.

Progressives have been instructing kids and they are primed to be center stage demanding an AR-15 ban. But that would just be the beginning. The real end game is the Second Amendment and you better believe America’s rampaging socialists would love nothing better that to take that Amendment out!

But what those sorrowful young people have not been taught is that the gun is an amoral, inanimate object. It is the heart, the will, of the shooter where bad intentions begin and take root.

Our Constitution was made only for a moral and religious people. It is wholly inadequate to the government of any other.

Why would he say such a thing?

Because John Adams understood the intrinsic value of principles that informed the heart. Things like the Ten Commandments and the Golden Rule and more. Adams knew that a faith which ruled the heart would temper the actions.

But, without those inner moral constraints government would need outer constraints and by necessity grow more and more strong and intrusive.

Well, we’ve taken away the Founders’ worldview, we’ve scourged government schools of every vestige of faith, we’ve told these kids they’re the random accident of nature, and concurrently made them believe the world revolves around them and their tender wittle feelings. Poor snowflakes.

Educators have done anything but educate for too many decades. Thanks to the mostly despotic control of education by radical Lefties, kiddies have been indoctrinated in all things radical, New Age, and perverse. They’ve been taught to distrust their parents and grandparents, but trust implicitly any teacher or professor.

Congratulations Progressives! You’ve raised a self-centered generation or three devoid of the very transcendent principles that prohibit both killing unborn babies and born children. Millennials, Gen-Xers, and Gen-Zers, for the most part, have no common sense or critical thinking skills.

Now we find ourselves living among young Americans who don’t know the Constitution, don’t know our history. Young men and women who blame drunk drivers for driving while intoxicated, and not the car. But who, in the next breath, blame the GUN and not the evil shooter for shootings.

Welcome to the new America, where down is up and up is down, good is evil and evil is good.

Has a familiar ring to it…I bet Billy Graham would know!

One thing you can be sure of, The Left is relishing this opportunity to use the mis-taught, tearful youth to do their gun grabbing.