An Oregonian Has a Revealing Conversation with Some Young People 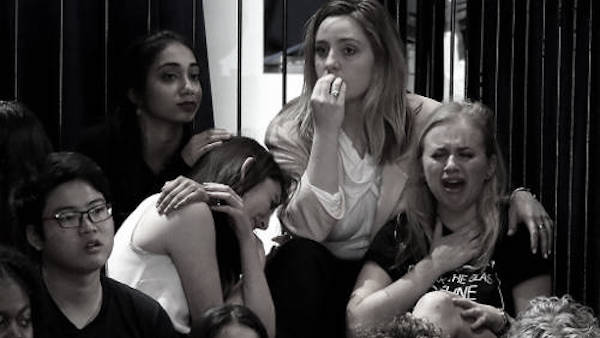 The Anatomy of Ignorant Snowflakes!

While I was getting a coffee, I overheard seven young people (22-26 years old, five males, two females) who had been protesting in downtown Portland the last two nights.

I told them I was doing research and asked nicely if they would answer some questions.

They were cool with it, so I sat down and went for it.

— Three voted. Of the four who didn’t, none was registered to vote.

— None of them researched independently either candidate.

— All were for Hillary but preferred Bernie.

— Why the Democratic Candidate?

— Six of them live at home.

— All are under their parents insurance.

— Three aren’t working, nor are they trying hard to find a job either.

— Parents pay for everything in their life or subsidize it.

— Six get money from mom or dad every month.

— Two have been on unemployment for 6+ months.

— One is at Portland State U, doesn’t work, and parents pay for everything.

— When I asked, as a man myself, “Have you ever said anything like that when you’ve been hanging out with your buddies? All five males said “Yes.”

— Would you say it if you knew you were on tape? All five answered “No.”

— What’s the difference? I asked. “You’ve all said bad stuff like that. Does that mean you hate women and are a sexual predator?” Nothing. No answer.

— None could tell me how our government works … they didn’t know how laws are passed, how the House of Representatives or the Senate work.

— None could explain how a bill is passed.

Ø Only one could tell me the difference between legal and illegal immigration. One of them said, “Legal immigration is when you immigrate legally.” Seriously.

— None could explain the purpose of the Electoral College or how it works.

In 10 minutes they felt they had explained everything.

Nice kids … but so ignorant. I know some awesome, phenomenal young adults, but I’m afraid the majority are like these seven. Too many participation trophies, too much coddling by parents and teachers.

In 1944 18 year-olds stormed the beach at Normandy into almost certain death.

In 2016 18-year-olds feel unsafe because words hurt their feelings.

This country is in deep trouble.