Once Upon a Time Insults Were Magnificent, Classy, and Humorous! 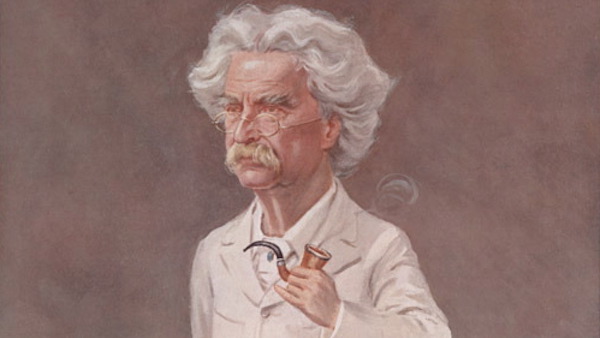 These glorious insults are from an era “ before” the English language got boiled down to four letter words.

A member of Parliament to Disraeli: “Sir, you will either die on the gallows or of some unspeakable disease.”
“That depends, Sir, ” said Disraeli, “whether I embrace your policies or your mistress.”

“He had delusions of adequacy .” – Walter Kerr

“He has all the virtues I dislike and none of the vices I admire.” – Winston Churchill

“I have never killed a man, but I have read many obituaries with great pleasure.” – Clarence Darrow

“He has never been known to use a word that might send a reader to the dictionary.” – William Faulkner (about Ernest Hemingway)

“Thank you for sending me a copy of your book; I’ll waste no time reading it.” – Moses Hadas

“I didn’t attend the funeral, but I sent a nice letter saying I approved of it.” – Mark Twain

“He has no enemies, but is intensely disliked by his friends.” – Oscar Wilde

“I am enclosing two tickets to the first night of my new play; bring a friend, if you have one.” – George Bernard Shaw to Winston Churchill

“Cannot possibly attend first night, will attend second… if there is one.” – Winston Churchill, in response.

“I feel so miserable without you; it’s almost like having you here.” – Stephen Bishop

“He is a self-made man and worships his creator.” – John Bright

“He is not only dull himself; he is the cause of dullness in others.” – Samuel Johnson

“He is simply a shiver looking for a spine to run up.” – Paul Keating

“In order to avoid being called a flirt, she always yielded easily.” – Charles, Count Talleyrand

“He loves nature in spite of what it did to him.” – Forrest Tucker

“Why do you sit there looking like an envelope without any address on it?” – Mark Twain

“His mother should have thrown him away and kept the stork.” – Mae West

“Some cause happiness wherever they go; others, whenever they go.” – Oscar Wilde

“He uses statistics as a drunken man uses lamp-posts… for support rather than illumination.” – Andrew Lang

“He has Van Gogh’s ear for music.” – Billy Wilder

“I’ve had a perfectly wonderful evening. But I’m afraid this wasn’t it.” – Groucho Marx