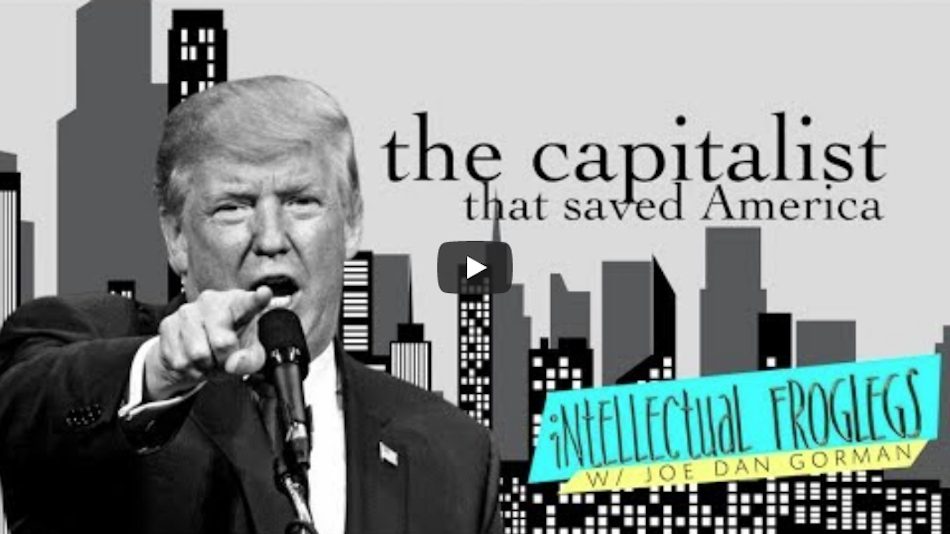 Joe Dan Gorman is an amazing guy, a funny guy who’s created his own brand, telling the truth in a fast-paced, multi-media way.

And you just gotta love his videos. They’re a bit longer that the everyday short form, 2-5 minute video…more like an über informative half hour TV show. But Joe Dan’s videos are absolutely worth the time.

Grab some popcorn and settle in for 30 minutes of fun and leftie bashing!

America is starting to feel like America again(complete with the buzz of liberals bitching in the background).

And at the risk of sounding sycophantic… I’m beginning to think  Donald Trump is from the planet Krypton and his real father’s name is Jor-El…  Are you kidding me?

Like most of you—I’d become conditioned to believe that ANY positive changes to our government (if not impossible) would be a painfully long process.

Not our President. But again, there is little ‘conventional’ about Donald John Trump.

President Trump has had the most successful first year in modern presidential history— yet over 90% of his coverage  by the mainstream media is negative.  Despite all that… the Trump economy is exploding.  Breaking a new record almost daily…it seem.

Trump owns the media… lock, stock and barrel. He lives in their heads.  And make no mistake, their hatred for Trump is real.  And if YOU support Trump— they hate you too.

And laughably—these pompous-ass elite blowhards claim Donald Trump is the biggest idiot on the planet—  yet he keeps kicking their asses. LOL. Hard.