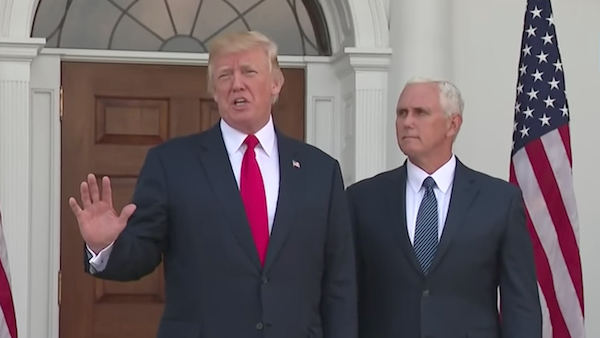 While American mainstream media is fixated on which words President Donald Trump did or didn’t use about a murderer driving his car into a crowd, North Korea just backed down due to Trump’s … words.

North Korean dictator Kim Jong-un pulled back his threat to nuke the tiny island nation of Guam after President Trump and the U.S. military made it obvious that further threats would result in the destruction of his country.

The media will likely credit the course change to Maxine Watters or Chuck Schumer because … well .. that’s just who they are.