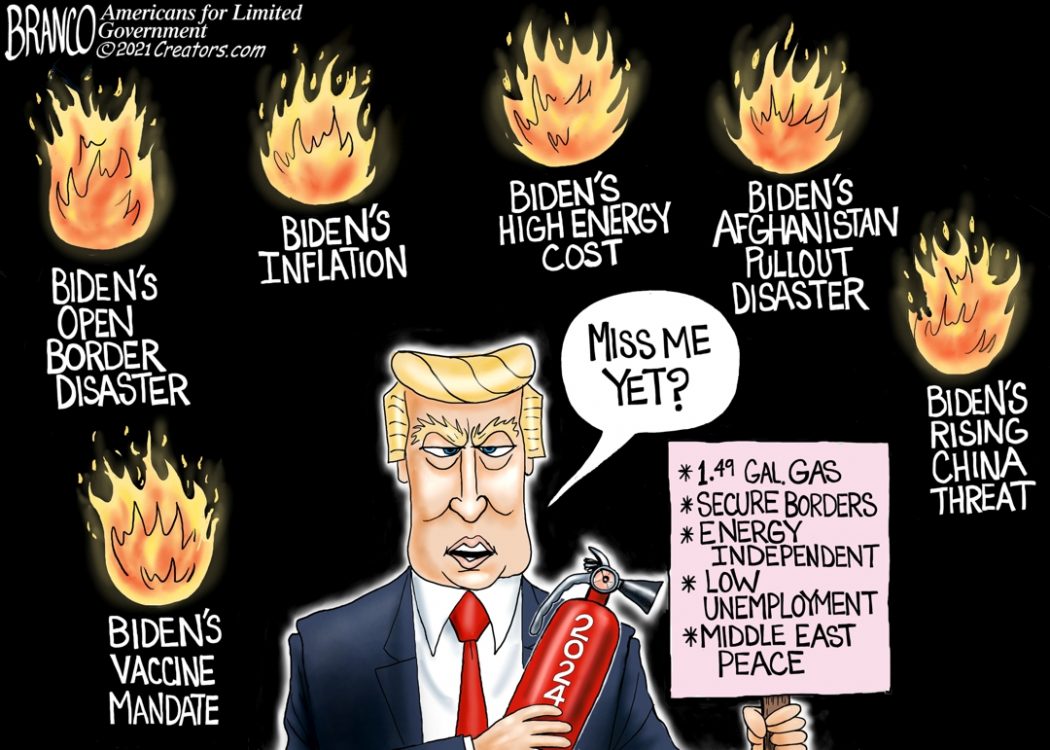 Biden being one crisis and disaster after another has many missing his predecessor, Trump. Political cartoon by A.F. Branco ©2021